"Multiple" means "having multiple capabilities". The word "pluripotency" before the stem cells means that the stem cells can form various body tissues. For scientists, they hope that the "pluripotency" of pluripotent stem cells can be expressed in more other aspects. For example, it can be used not only to form new tissues or organs to replace dysfunctional parts of the body (ie, regenerative medicine), but also to produce pure cell cultures for early testing of drugs.

On January 3, British pharmaceutical company AstraZeneca said it would buy human heart muscle, blood vessels, nerve cells and liver cells produced by Cellular Dynamics using iPSC. Cellular Dynamics was founded by Dr. James Thomson. Dr. Thomson is a biologist at the University of Wisconsin in the United States. In 1998, the research team led by him isolated human embryonic stem cells for the first time and published the results of the US iPSC research in 2007.

AstraZeneca has two plans to purchase these cells. One is to use this cell to find molecules that can stimulate non-pluripotent stem cells to turn into mature tissue. These molecules can be used as drugs to induce damaged tissues to repair themselves. The second technique is to use iPSC to test drugs that are not related to regenerative medicine.

Many times, a drug that looks very promising will fail in subsequent clinical trials. Sometimes it is because the medicine does not show the effect it should have. Sometimes, despite showing the due effect, its side effects are more harmful than the disease itself. The cost of failed drug trials is an important reason why drug research is expensive. AstraZeneca hopes to use stem cells to test the toxicity of drugs to minimize the number of drug failures caused by the second cause.

AstraZeneca is not the only company that uses iPSC for new purposes. In December last year, another British pharmaceutical company GlaxoSmithKline conducted a study using Î²-amyloid protein to attack nerve cells differentiated from iPSC, and then tested these Î²-amyloid proteins against hundreds of current drugs Reaction. The research by GlaxoSmithKline will be published in Stem Cell Research in March.

There is another possible application of iPSC: obtaining iPSCs from patients with a specific disease, especially genetically related diseases, and then redifferentiating these iPSCs into cell types related to the disease and carrying out the study. Some research teams have used this method to study the development of difficult diseases and the response to drugs.

Dr. George Daley of Harvard University is the most enthusiastic explorer of these "disease in Petri dishes" models. In 2008, George Daley established stem cell lines for people with different diseases, including Down syndrome, youth diabetes, and Parkinson â€™s disease. 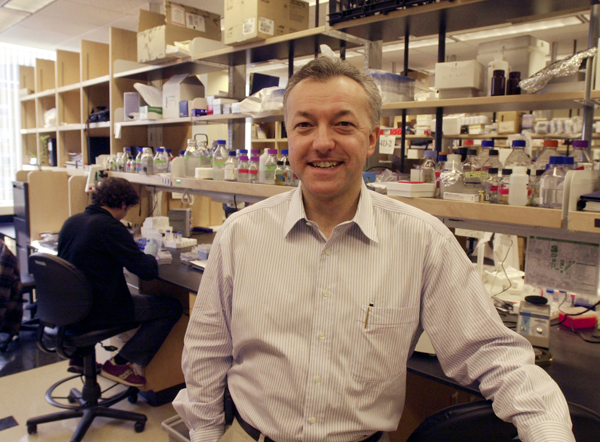 This model is not foolproof. Dr. Daley himself admitted that this technology is still in the initial stage, but eventually it will bring new drugs. The iPierian company founded by Dr. Daley has developed two antibodies using iPSC. These two antibodies can be used to attack tau protein (a protein related to Alzheimer's disease), and can also be used to clean up Alzheimer's disease. And other neurodegenerative diseases. These applications have gone far beyond the original concept of stem cells used in regenerative medicine. The pluripotency of pluripotent stem cells is only now emerging.

Marble Cutting Board is a Chopping Board that is totally made of marble stone. Its surface temperature is lower than boards made of other material, which keep food or fruits or dessert cooler on it. Also, it can be a displaying board to show to a elegant extent in parties or family gatherings. It is a kitchen tool of both practical and nice looking.