Skip to content
August 10, 2020
The back cover corrugated box is an outer package widely used for the circulation of goods. China's commodity packaging in the international market, especially in Europe and the United States market, the brand is not obvious, the reasons may be multi-faceted, among them, the design of carton die-cut blanks should be designed to attract peers and attention.

First, the design of the backing corrugated box blanks

People's Republic of China started with the late-stage industrialized production of corrugated cardboard boxes for packaging, and the design theory is immature. Relevant departments have not yet formulated corresponding standards and specifications, leading designers to grasp the essentials, resulting in unreasonable carton size design, poor carton back cover function, excessive compressive strength of the carton, large material waste, and low labor productivity in carton making. High production costs. However, some countries and regions can seize the opportunity to rapidly formulate relevant standards and advance into the international market, especially the European and American markets.

1. Meet the standards of the backing, corrugated paper box industry, and compete for market share

A large company in a country has adopted a technical standard (DIN 55468-1987) for German corrugated carton materials in order to achieve a sufficient sales share of the corrugated cardboard boxes in Europe and the United States. This standard uses two important data to regulate the corrugated paper, and t is used to indicate the tile pitch in the paper and h to indicate the height of the gutter in the paper. As shown in Figure 1. Taking two data as the basic parameters, the corrugated paper materials are further divided into four types (Table 1). According to the surface of the paper box (box) designed in the table, differences in size may occur due to different types. In fact, it is more important that the difference in the strength of the corrugated box (box) is caused. Process designers must clearly know that the lateral compressive strength of corrugated cardboard is far less than its longitudinal compressive strength. The four side walls of the common box (box) type that resist compression are vertical corrugations. The four sidewalls of the backing corrugated box (box) are vertical corrugated grooves. Therefore, the strength calibration calculation is performed using the Carey Carter formula instead of the APM formula at design time.

The rapid development of corrugated paper industry in China provides a rich paper supply for the carton (box) processing industry. Therefore, according to the market demand selection of materials according to the specification design die-cut blanks, is the best way to improve the company's competitiveness in the international market. At the time of design, the most important thing is to follow the following normative procedures:

1. Determine the main load in the process of product circulation;

2. Calculate the compressive strength of the carton that meets the environmental requirements;

3. Draw a block diagram of the blanks of the back-end corrugated box (box);

4. The use of the corresponding calculation formula for strength verification, mainly to calculate the use of cardboard strength factor S;

5. Look up the table to determine the basis weight and type.

Industrial machine adhesive molding has a very high labor productivity. In order to allow high-speed operation to proceed smoothly, when designing die-cut blanks, it is determined which inner edge is used as the reference, which is called the gauge distance edge. In particular, the carton requiring higher precision requires tolerance calculations as required. The success of machine bonding into the stacking system (collector) is preceded by a folded-indented edge on the outside of the box. The demand is not high. That is to say, design should pay attention to the distance from the regulation without paying too much attention to others, so as to reduce the production cost as much as possible. For this reason, the carton forming process design should grasp three major elements:

One is that the R2 indentation line of the blank corrugated carton blank cannot be tilted to the left as in the case of an imaging jam (Figure 3). This is due to corrugated grooves in the corrugated surface. If R2 is tilted, quality problems occur at high speed pre-folding and bonding of the machineâ€”frequent deviation of the reference line, inaccurate folding of the tongue P and the adhesive tongue K, and final shaping of the carton do not meet the requirements.

Second, the width of the bonding tongue K in the figure must be greater than 20 mm, and generally 40 mm.

The third reason is that the zigzag indentation angles of the oblique tongues P are the zigzag lines and are staggered with the cut (long) holes. Not only is a section of Z1 indented, but also the same section of Z2 is cut (long). The hole (Figure 3), so after the beveled tongue P is pleated, the surface must be pressed along the length of Z with a large compressive force over the surface to enhance the sealing force at the bottom of the carton. In order to ensure the exactness of this element and also to simplify the process, the R1 and R3 indentation lines are not pre-folded.

Third, to grasp the effect of the design of the bottom blanking blank box blank on the accuracy of the sticky box

1. Grasp the accuracy of the bonding process from the process characteristics

When the backing blank corrugated cardboard blank is die-cut, the indentation and the corrugation trough must be coincident. If deviations are expected, deviations should be shifted to the right. Normally, the base line deviates to the right by R5. Facts have proved that the right-hand side bias is better than the left-hand workmanship. After multiple sampling tests, the R1~R4 lines coincide with the corrugated groove or slightly to the right, which is opposite to the fold-back direction of the back cover tongue P, resulting in the formation of the process. The situation is correct. In this way, the accuracy of the gluing cassette can reach 1.5mm and the quality of the finished product is high. Therefore, if we can fully grasp this process in the design of its nature, comply with the unique rules of corrugated backing molding, we can ensure that the viscosity box can achieve high precision requirements.

2. Grasp the design of the optimal ratio of the height and length of the blanks in the backing corrugated box

On industrialized fully-automatic adhesive box machines, pre-folded and bonded back-bottomed corrugated boxes, to ensure that the whole process of machine production is safe and reliable, economical and smooth, and without any other auxiliary tools or devices, the carton blanks The height H of the piece and the length of the unrolled length C (excluding the adhesive tongue K)

There is an optimal ratio. The ratio of the two German corrugated tanks is now listed as 2:

This optimum ratio is related to the quality of the base paper, the degree of industrialization, and even the environment of the workshop when it is operated. As a designer, it should pay full attention to it. In particular, when considering various factors when using paper stocks, the design specifications of its own brand are formed to show its own strength.

This category is for Highlighter Brush which is necessary for creating a flawlessly illuminated look. There are some different types of Highlighter Brushes with different shapes of brush head. Each brush features soft and full bristles to ensure a smooth and effortless application of highlighter or blush products. Some of them can also be used as Blush Brush, Bronzer Brush or Contour Brush. 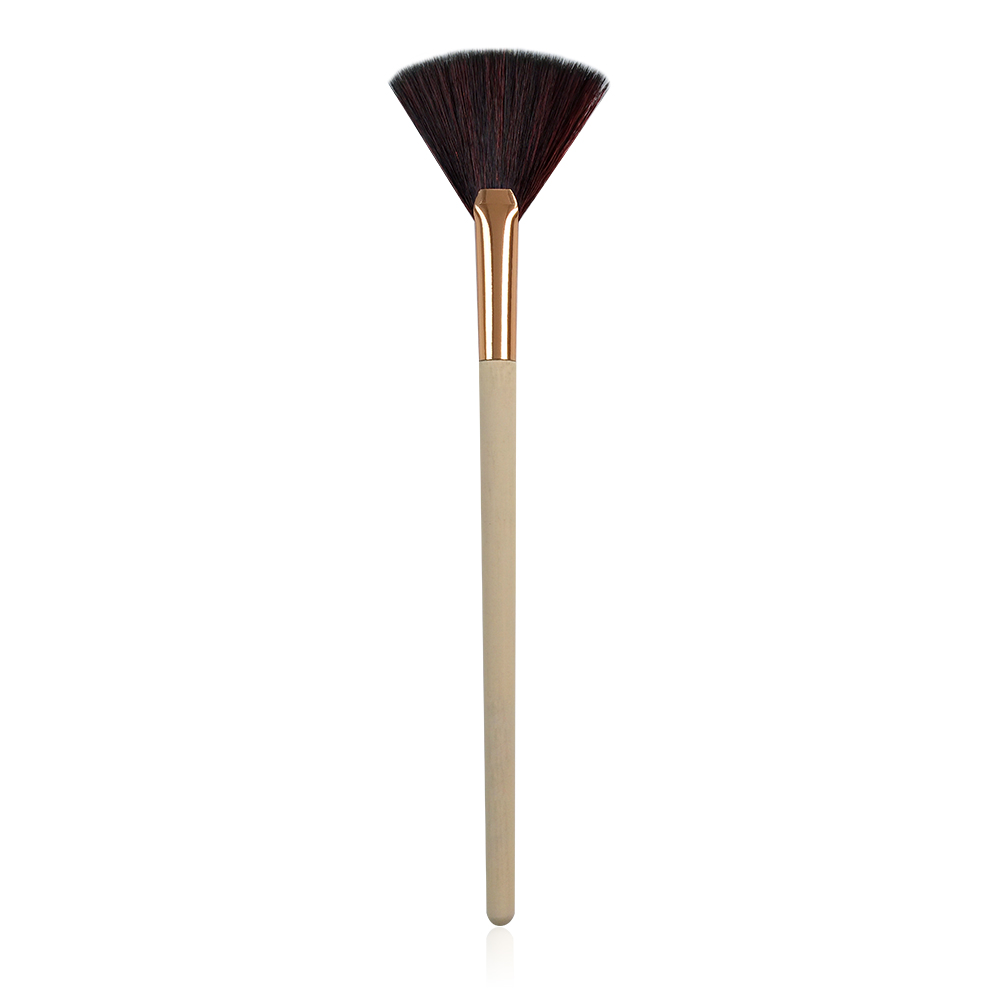